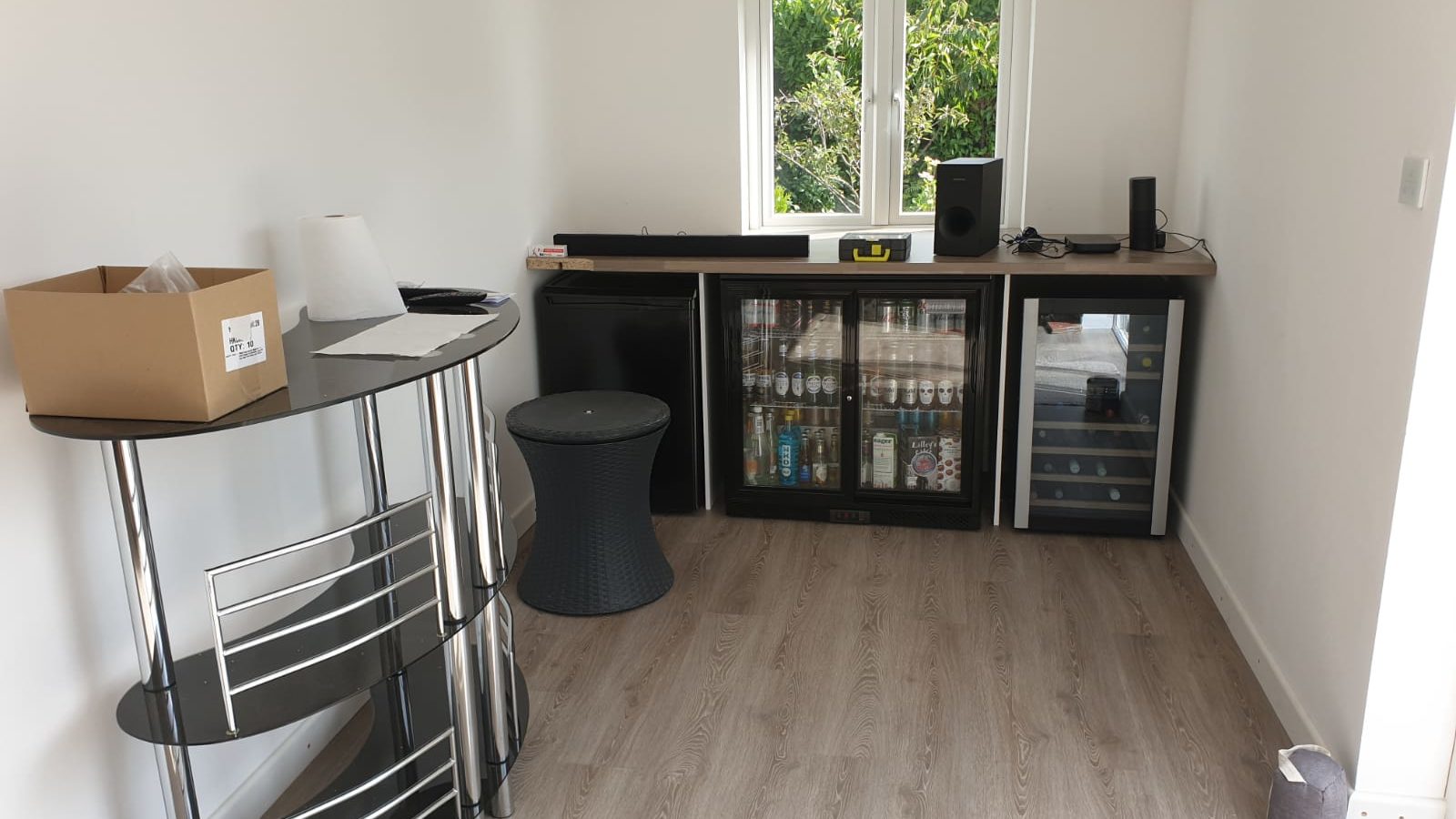 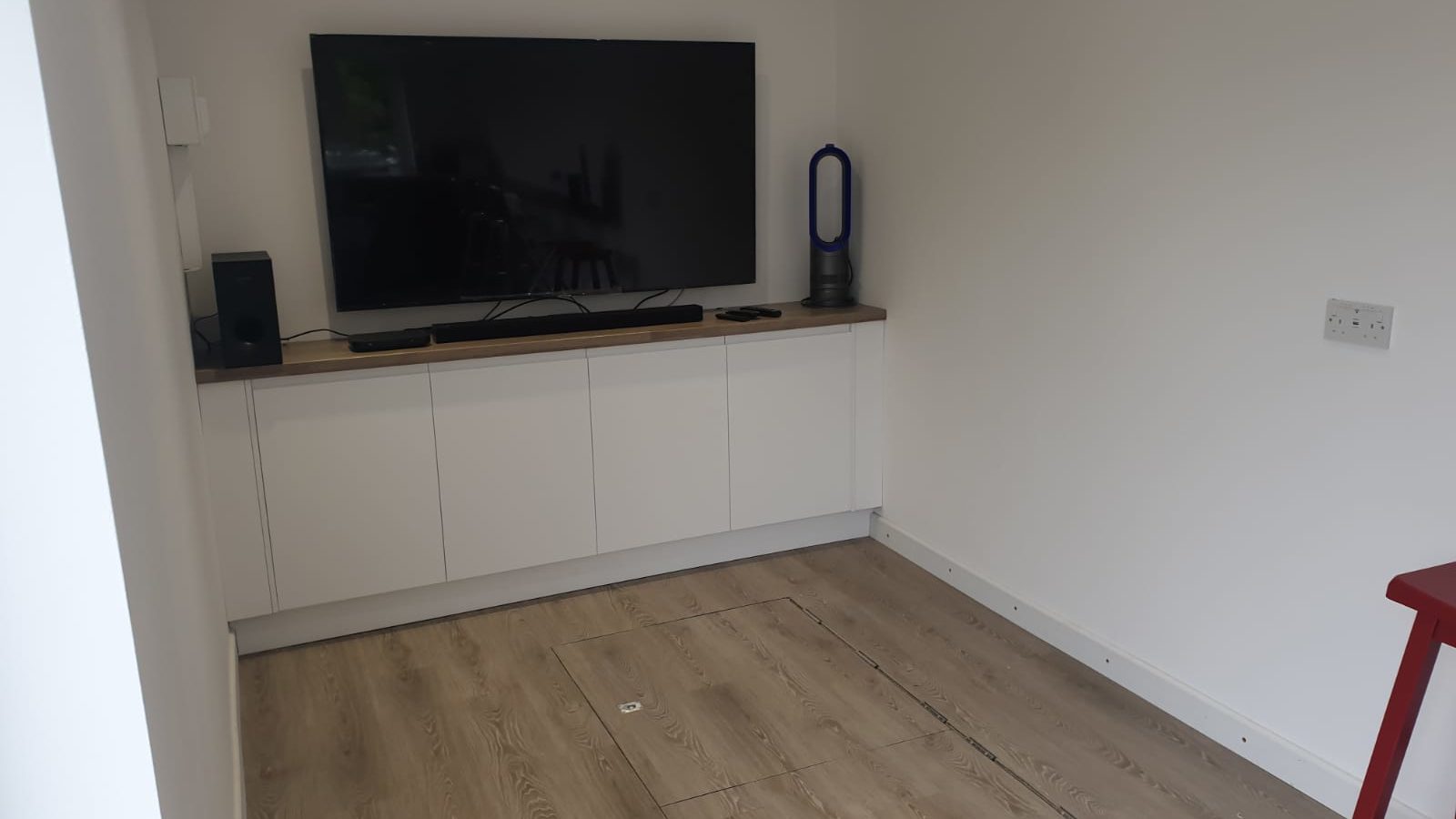 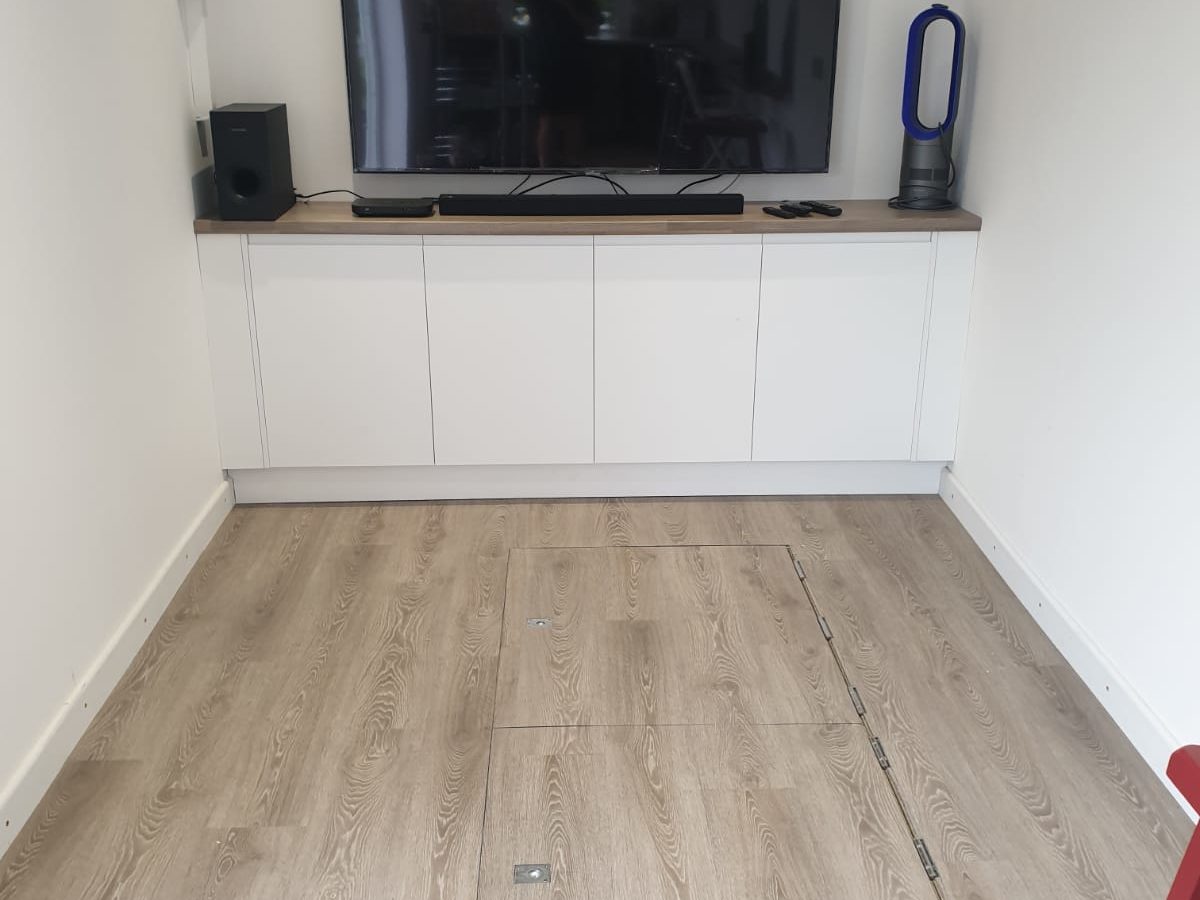 This garage wasn’t being used by the clients so they decided to convert it into a bar. The garage had a large maintenance pit which became the project’s main feature, as we turned it into a small wine cellar. For practicality, we made a couple of hatches that hid the cellar when it didn’t need to be accessed. We blocked up the garage door with concrete blocks and made an opening for some new french doors which opened onto the garden letting in lots of light. We also replaced the ageing roof and laid new 3 layer mineral felt.

During the project the client became concerned about noise when the bar was finished and in use, so we fitted acoustic insulation throughout the building to minimise this as much as possible.